REH4MAT orthoses classification according to the construction

REH4MAT orthoses classification according to the construction

Braces are made of resilient materials with different pressure. The device makes compression of the supported knee joint. The orthosis can be compression sleeve or brace equipped with orthopaedic stays, leaf spring hinges, lateral splints without or with drop-lock. Most of them hold additional circumferential straps above and below knee joint to better stabilization. The devices hold silicone patella support. 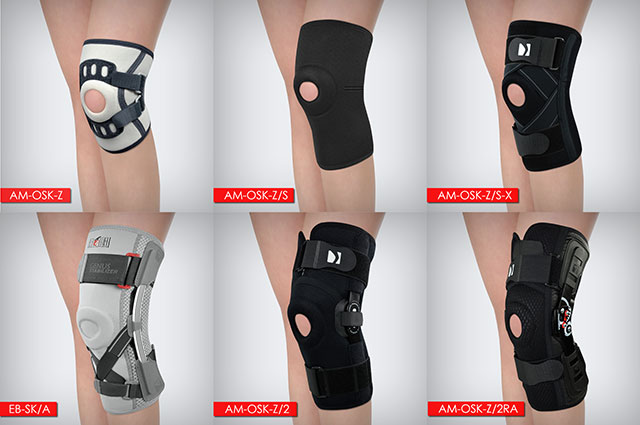 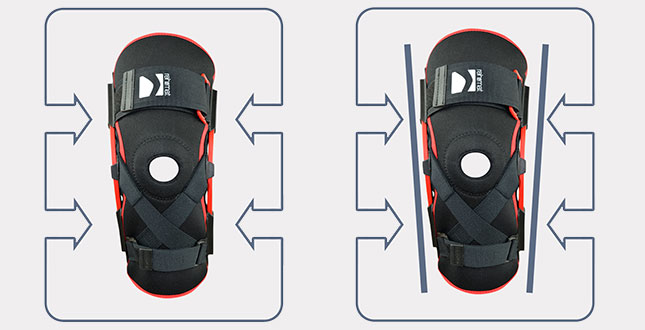 They are dedicated for patients to lighten the medial or lateral side of the knee joint. 3 points system allows to lighten articular surfaces of the femur and tibia, to reduce pressure on injured articular cartilage and decrease irritated pain receptors, which is maximum during the midstance (MST). Reducing the stress on the condyles helps to set the articular surfaces adequate against each other, what prevents knee valgus or varus. 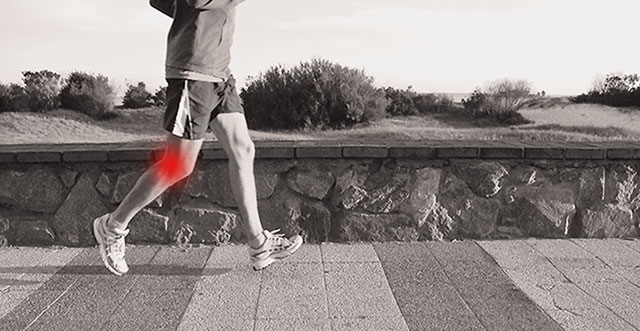 HOW THE 3 POINTS SYSTEM WORKS 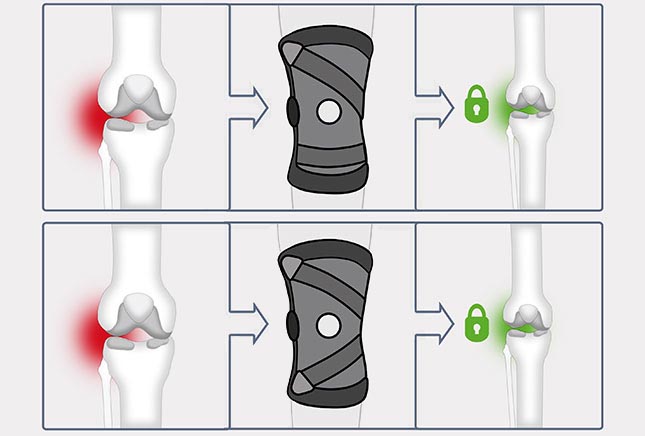 The first support point is the sleeve connected with splint, which stabilize the brace on the thigh on the stressed side (medial or lateral).

The second support point is the sleeve connected with splint also, which stabilize the brace on the shin on the stressed side (medial or lateral).

The third one is the spiral strap connected with the hinge and 2 straps above and under joint axial (on the femur and tibial condyles) – this solution reduces 50% pressure straps on the shin and thigh on the opposite site to supported. Key element of the 3 Points System is the hinge. The polycentric hinge (e.g. 2RA) with edge and rotation movement during knee flexion facilitates maintenance the hinges in the knee axial.

The 4-point orthoses allow to control range of motion in knee joint in the frontal and sagittal plane and prevent against the uncontrolled rotation motions. They are dedicated for mild or severe ACL, PCL, MCL and LCL instability after injury or disease. The orthoses hold drop lock with flexion and extension adjustment what allows to control ROM, especially in the postoperative rehabilitation period.

The first support point is the frontal anatomical profiled frame stabilizing the front of the thigh.

The second support point is the special back strap stabilizing the back of the calf.

The third support point is the stabilizing strap in the back of the tight. When it is tight, the hinge is precisely set in the joint axis.

The fourth support point is the semi-rigid circumferential straps on the femur condyles and tibial tuberosity level. The straps provide ROM control during performance and prevent slipping of the orthoses. The brace reduces shifting of the tibia against the femur (drawer syndrome).

The braces are intended for long-time using in patients with complicated knee instability (partly or complete ACL rupture), which is result of early injuries (before or postoperative) or after joint conditions.

The long lower limb brace with anatomic shaped splints increases the control of the knee range of motion with additional support points in the hinges. They are special pellotes which touch the joint. This solution controls the motions in the frontal and sagittal plane and rotation. It supports the joint and can replace the injured passive stabilizers (joint capsule and ligaments). The high level of stabilization is helpful for athletes even if the severe condition occurs.